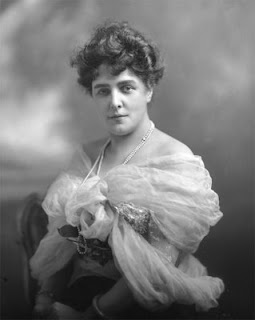 Winston Churchill once said of his mother that he "loved her deeply, but from a distance". Obviously, Jennie Jerome, Churchill's mother's name before she married Lord Randolph Churchill in 1874, was not what you would call a 'hands on' kind of parent. In fact, 'Lady Randy' (dubbed this because of her somewhat questionable lifestyle), was not at all maternal towards her son-as soon as young Winston was old enough he was packed away to Boarding school; a situation that Lady Churchill was quite happy about, maybe because she could carry on her lavish lifestyle without having to bother with giving her son any attention. Despite this quite lonely and seemingly loveless childhood, Winston Churchill went on to achieve many great things, including leading Britain through the Second World War. Many historians argue that this was down to the influence of his power hungry Mother. 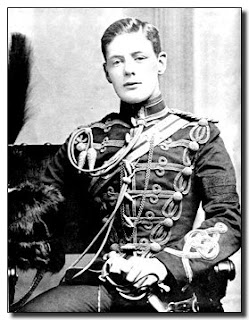 Jennie Jerome was born in Brooklyn, New York in 1854 to an affluent family; Jennie's Father had made money from investing in the Railway. Jennie grew up watching her father work very hard for what he got. Even though some of his ventures failed, her father would always get straight back to work. This strong work ethic stayed with Jennie; she realised that if she too worked hard like her father, she would achieve all that she desired. And what Jennie Jerome desired was power, influence and wealth. 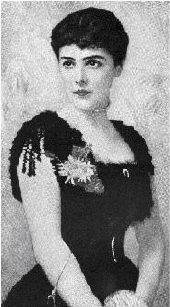 Wonderful piece. I see you are not the only one to find Jennie Jerome Churchill fascinating.

Check out my archives and you can see the post I wrote about her and Edwardian promenade had a great interview with Anne Sebba.