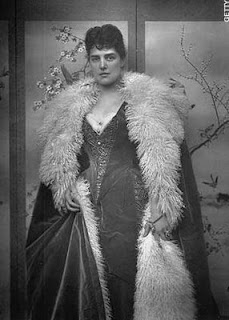 Soon after their marriage Jennie and Randolph Churchill became society's 'golden couple'. Together Jennie and Randolph were a formidable team-Jennie knew that the only way she would get what she wanted was if she helped Randolph along the way in his political career. In personality Jennie and Randolph were quite different; he was deemed rude and awkward in social situations, whereas, Jennie was quite the social butterfly. Jennie would make polite conversation with people she met and would charm them with her wit and knowledge. If Jennie wanted Randolph to be successful in politics she knew she would have to push him hard. 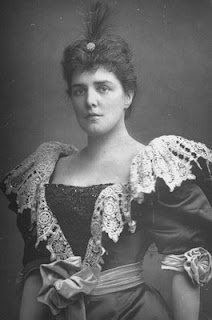 Luckily for Lord Randolph, Jennie had many important social and political contacts, as well as the drive and ambition to work hard herself to make sure her new hubby started to fly high in politics. Jennie was a risk taker and the intensity of politics excited her-she joined up with Lord Randolph to make a very successful political team. Jennie would canvass for her husband and even make political speeches on his behalf! It was this self confidence that Jennie displayed regularly that made her a magnet-men seemed to fall at her feet where ever she went. Lord Randolph didn't seem to mind all his wife's affairs-as they would often benefit his career. By the time Lord Randolph was 37 he was the Chancellor of the Exchequer and many, including Jennie, believed that he would become Prime Minister. Jennie was intensely loyal to her husband, especially when it concerned his career. So when Lord Randolph resigned from his job in 1886 over a minor detail of government policy, Jennie was extremely angry. This act meant that Jennie had lost hope in her dream of becoming even more influential and powerful than she already was. 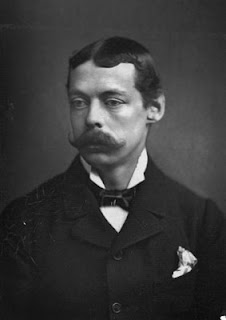 Not long after Lord Churchill's resignation his health started to deteriorate-it is now believed that he was suffering from syphilis, a sexually transmitted infection that he probably caught from sleeping with prostitutes in Paris. Unfortunately, syphilis was incurable in the 19th century and so Lord Randolph had to suffer the awful effects of the disease. When Lord Randolph's condition deteriorated further he did what many rich people did at the time; he went travelling, with the idea that the fresh air would be beneficial to his health. Ever the loyal wife, Jennie went with him on his trips, as did Lord Randolph's coffin-just in case he died. Within a few years of Lord Randolph contracting syphilis he was reduced to insanity and in January 1895 he died.
Now that her husband was gone, Jennie had to rethink her political plans-she no longer had Lord Randolph to push into working hard to achieve her dreams. Jennie would have to look to her up and coming son, Winston, to achieve them for her instead.
Posted by TammiMagee at 02:57