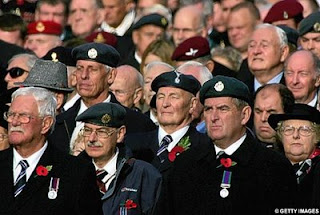 This November marks the 90th anniversary since the end of the First World War. Tomorrow is Remembrance Day where most people will show their respect by wearing a Poppy and observing a 2 minute silence at 11am.
The reason Remembrance day is held on the 11th November at 11am every year is because on 11th November 1918 the Armistice was signed between the Allied and German armies, ending the First World War – a global war that lasted four years with the total human cost to Britain and the Empire of 3,049,972 casualties, including 658,705dead.
Every year people remember our war heroes and all the service men and women who are currently fighting. The money raised from the Poppy Appeal is used to help ex-service men and women, their families, injured and disabled soldiers, and soldiers who need help in any way.
Posted by TammiMagee at 14:07