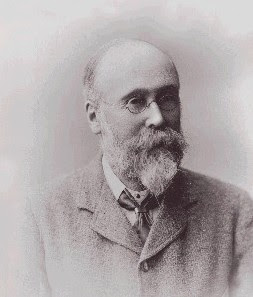 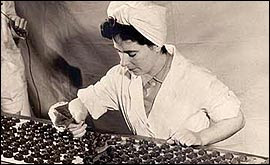 A Much Needed Return! A baby and a book review 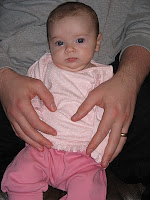 It feels like an absolute age since I was on here blogging but I feel that I am more than ready to return. Needless to say I have been very busy since I last blogged way back in November-after leaving my humble teaching job to start maternity leave in late November I had a very restful December and in January gave birth to my beautiful daughter, Eleanor Faith. Since then I have been adjusting to becoming a mother whilst still trying (and mostly failing) to keep a tidy house! With Ellie turning ten weeks old yesterday and celebrating Mother's Day for the first time, I feel it's the right time to start up my blogging hobby again, especially as Ellie's colic has calmed down a lot!
You may or may not be surprised to find that I have managed to read just one book this year-those readers with children will understand how hard it really is to juggle normal day to day activities with a new baby, let alone find time to do anything for pleasure!

The book in question is 'The Lieutenant' by Kate Grenville, the best-selling Australian author. I must admit that I had not heard of the author before picking up this book in Tesco one Wednesday night. I was attracted to the book's very pretty cover-it is covered in tiny gold specks that represent stars, as the protagonist in the book, Daniel Rooke, is an Astronomer. I then read the back cover and was interested immediately-set in 1788, this work of historical fiction tells the story of a Lieutenant in the First Fleet who travels to New South Wales and sets up an observatory at Sydney Cove. The character Daniel Rooke is loosely based on a real member of the Royal Navy, William Dawes who was prosecuted for attempting to learn the language of the Aborigines. From the beginning of the story the reader soon learns that Rooke is the shy retiring type that just wants to be able to study-he has a firm love of mathematics, astronomy and the sciences. Rookes love of knowledge and his yearning for something new leads him to join the navy and to New South Wales. Keen to stay out of the way, Rooke convinces his superiors that an observatory is needed so that Rooke can keep watch for a foreseen comet.
It is while Rooke is living alone in his observatory that he is first approached by some of the natives, including a young girl called 'Tagaran'. After a couple of initial meetings Rooke and Tagaran begin this wonderful exchange of language set against a backdrop of colonisation. Right from their first meeting, Rooke and Tagaran seem to have this unique bond that enables them to understand what one another are saying, despite the fact that they are both speaking a different language to the other.
At first Rooke is more concerned with learning the native tongue from Taragan, so much so that he fastidiously writes down everything she says and what he thinks is the English equivalent. But pretty soon their union blossoms into something so much more than just wanting to learn a language. In a way, Grenville is wanting the reader to understand that while Taragan and Rooke's friendship is blossoming a way of life is coming to an end; the way of life of the aborigines. It seems the more Rooke and Tagaran get to know one another the more the British gain control of New South Wales and exert their power over the natives.
One very graphic part of the novel involves a native being made an example of when a British prisoner acting as gamekeeper for the colony is attacked. The innocent man is lashed in front of the Royal Navy and many of the natives. The British here are using a punishment that is extremely foreign to the natives. Taragan sees her fellow native being lashed and sees Rooke standing by and watching-not realising that if Rooke was to step in and rescue the man that it would mean Rooke might receive the same punishment or worse. It is at this point that both Rooke and Taragan realise that their flirtations with a foreign culture are to remain just that-they could not possibly be accepted as being friends by either side as they are so different.
The book ends with a beautiful moment where Rooke is being transported back to Britain and he is waving goodbye to Taragan who is stood on the shore. In my opinion, which is not a learned opinion by far, Grenville is making the point that it isn't just old friends waving goodbye to each other for last time, but that the world is waving goodbye to a whole way of life.
The book in three words; beautiful, tragic, wonderful.
If you have read the book or are planning to-let me know what you think!
Posted by TammiMagee at 06:19 2 comments: