I have recently stumbled across a fantastic website called 'Timelines TV'-like the BBC interactive timeline, you can explore periods of British History but with this website you can actually view videos that tell you about each period! This is truely brilliant and ideal for use at home and in the classroom. I will definitely be trying it out in my classroom soon!

Take a look and let me know what you think! Enjoy!
Posted by TammiMagee at 07:38 No comments:

The BBC score high again with an Interactive Timeline!

Like me, have you ever wanted to find out something about British History really quickly without getting out a huge, dusty old book? Of course you have! Well, the BBC History website has come up with an answer: an interactive timeline! I have just had a fiddle with it and it is brill! It is really easy to work and isn't too fussy looking! Have a go yourself and let me know what you think!
Posted by TammiMagee at 11:12 No comments:

Nicole Kidman is set to star in an upcoming film called 'The Eight Wonder' about an amazing archaeological find. Hopefully, this will be another example of a great Hollywood film that makes History and Archaeology fun for us all!
I am a huge fan of films that are set in a historical context. I recently went to see 'The Mummy: Tomb of the Dragon Emperor', which, although not being entirely based on historical fact, made for excellent viewing!
One of my favourite historical films has got to be Marc Rothemund's 'Sophie Scholl', which is a German film about the 'White Rose Movement' activist Sophie Scholl, whose views on the Nazi government during World War Two resulted in her execution in 1943. There are many other great historical films that I love but do not have time to mention!

What is your favourite historical film?
Posted by TammiMagee at 10:28 No comments:

What have the Romans Ever Done for Us?

Those of you in Year 8 are currently studying 'The Romans'. This is a very famous clip from the Monty Python's Life of Brian, where several rebels are debating what the Romans have ever done to benefit them. Classic!
Posted by TammiMagee at 01:38 No comments:

This is the brand new Hovis advert and it is fab! The advert covers the 122 years that Hovis has been in existence in just 2 minutes! Included in the advert are many scenes depicting some iconic British History that many of you will no doubt recognise; like, the outbreak of war, the blitz, the swinging 60s, and the infamous miners strike.


Let me know what you think!
Posted by TammiMagee at 05:49 No comments:

Get Your Teeth into This! 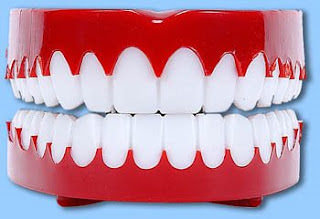 For those who have just started studying Medicine Through Time and for those who need to revise it, a very useful website to use is BBC bitesize. The website has in depth detail on all the time periods studied in Medicine and includes quizzes for you to test your knowledge! Try it out and let us know what you think!
Posted by TammiMagee at 11:22 No comments:

Posted by TammiMagee at 12:07 No comments: 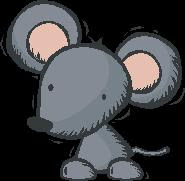 Homework High is a great site that will help you with homework in most subjects you will study at school. The History section of the website is particularly good! There are two ways of getting help from the website; you can either type a question into the site and it will find the answer for you or you can choose from a list of categories to research the answer for yourself, which I must say would be the most reliable option! The website also has advice about writing essays-so make sure you take a look!
Posted by TammiMagee at 09:28 2 comments:

I am addicted to these! Have a go at making your own
Posted by TammiMagee at 14:10 No comments:


A short 'movie' featuring images from the British Empire days.
Posted by TammiMagee at 12:08 No comments: