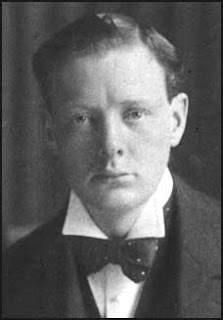 As a child Winston Churchill longed for attention and affection from his mother; even when Winston was away at boarding school he would write to his mother pleading for her to visit him. But Jennie Jerome was far too busy trying to further her husband's political career to be particularly moved my Winston's pleas. It wasn't until Jennie's husband, Lord Randolph, died that Jennie began to show any real interest in her son and his career.
In 1895 Winston passed out as a Lieutenant from the Royal Military Academy at Sandhurst and directly began his military career. Winston was a very ambitious young man who wanted desperately to impress his mother. Whilst on duty, Winston would often write to his mother about his achievements and his bravery on the front. Winston didn't shy away from his duties in the cavalry; he would purposefully get into dangerous situations whilst in battle so that he could write to his mother about his fearless attitude. Winston saw action in Cuba (where he first came under fire-much to his delight and started his 'love affair' with Cuban cigars), India, Malakand (now in Pakistan), Sudan, South Africa (where he escaped from a prison camp after being caught by the Boers), and on the front during the First World War (after having to leave the war cabinet after the disastrous Gallipoli campaign). 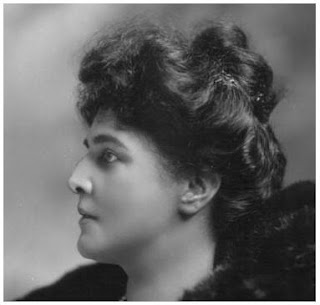 Throughout Winston's military and political career up until her death in 1921, Jennie took a primary role in her son's professional life. Winston was a keen writer and when he wanted to publish his accounts of life in battle, his mother used her contacts to make it happen. When Winston had a desire to join the British campaign in North Africa to further his career, Jennie travelled to Cairo to see a lover who was in a position to 'make things happen' for Winston. Thanks to Jennie's influential contacts and her determination to make her son a success, Winston's career went from strength to strength. But what Jennie really wanted for her son was to pick up where her late husband had left off; to be successful in politics. Winston had tried and failed to get into politics in 1899 when he stood for a seat in Oldham. With Jennie's help and persuasion, Winston stood again in 1900 with success and was elected the MP for Oldham.
Like his father, Winston quickly rose up the ranks in politics, getting his first minister position when he was 34 and becoming the Home Secretary at 36. Jennie always maintained and told her son regularly that he was destined for great things. Winston realised that being successful meant that he would have all the attention and praise that he had craved from his mother as a child. However, Winston's rise didn't come without a minor set back: the Battle of Gallipoli.
In 1914, Britain declared war on Germany for violating Belgium's neutrality. In 1911 Winston had been promoted to First Lord of the Admiralty, which put him in charge of the Royal Navy. In 1915 Winston was one of the organisers of the disastrous Dardanelles campaign and, when the campaign was deemed a complete failure, took the blame for the fiasco. As a result, Winston was forced to take a demotion and in November 1915 resigned from government altogether, although he still remained an MP. To Jennie it seemed like history was repeating itself and she was angry with Winston for resigning. However, Jennie still carried on telling Winston that he was destined for great things. Jennie's support and encouragement never ceased and was rewarded when Winston decided to make a return to government in 1917.
Jennie was able to see Winston become active and successful in politics once more but she was never to see her son become Prime Minister, something that deeply saddened Winston. Jennie always knew that Winston was destined for great things but, unfortunately, never saw Winston become PM in 1940. Jennie died in 1921 from a hemorrhage after having to have a leg amputated because of a fall.
There is no doubt that Jennie was desperate for success and influence, but I am not sure that she was a 'pushy' mother. Jennie certainly wanted Winston to do well in life but often Jennie only acted to help her son when he requested her to do so. I believe Winston was just as ambitious as his mother and didn't need much 'pushing' to follow the path that he did. It seems that Winston's ambition stemmed from the fact that he had a rather loveless childhood and a mother whom he adored and desperately wanted to please.

What do you think?
Posted by TammiMagee at 10:56

I agree. I think his mother wanted him to succeed just as any other mother would like to see their children get ahead. I think it also has may have had a lot to do with trying to correct the past.

As far as Winston, no one can be pushed repeatedly into something they don't want a part of themselves.

And finally, I think the saying goes, "behind every great man is an even greater woman." :)

lol! I agree! Thanks for the comment Eliza! Be sure to check back for my Victorian Christmas article coming soon! Thanks