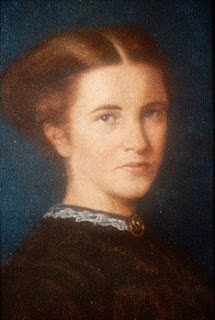 If you are doing GCSE History at Swanwick Hall, you will be studying Medicine Through Time. There is a chance that you'll get a question on the role of women in medicine, so here is an article that is going to be a good revision tool for you!

In the Middle Ages the Church only allowed men to train as doctors. In the 1600s the Church also took over the licensing of all healers. It did not give licenses to wise women or village healers because they were often suspected of being witches. By the 1700s surgeons also had to have a university degree, and, as women could not go to university they were effectively barred from becoming surgeons. In the 1700s male doctors became fashionable, and began to take over the traditional role of midwives among wealthy families because they were the only ones trained to use forceps. Finally, in 1852, the government introduced the Medical Registration Act which required all doctors to belong to one of the Colleges of Physicians, Surgeons or Apothecaries. All of these were closed to women.

Ever since early medicine women had taken a prime role in caring for their families-mixing herbal remedies and delivering babies-but for hundreds of years women were prevented from becoming professional physicians. In the 1850s women began to fight back. However, the problems for ambitious women began long before they reached the age when they might want to study medicine. Schools for girls were a rarity before the 1860s-certainly ones that taught anything other than reading, writing, cooking and dressmaking. Science? That was a subject for boys! Even those girls lucky enough to be educated at a good school found that their days of learning were over when they reached their mid-teens because women were not allowed to attend universities. Most men could not see any sense in educating women when their most important roles were as obedient wives, dutiful mothers and efficient housekeepers.

Elizabeth received a good education as a girl because her father had become a successful businessman. Elizabeth decided, after being inspired by Elizabeth Blackwell, that she wanted to be a doctor. Elizabeth enrolled as a nursing student at Middlesex University and attended classes that were for male doctors. After a number of complaints from the male students, Elizabeth was barred from going into the lecture hall. Elizabeth discovered that the Society of Apothecaries did not specify that females were banned for taking their examinations. In 1865 Elizabeth sat and passed the Apothecaries examination. As soon as Elizabeth was granted the certificate that enabled her to become a doctor, the Society of Apothecaries changed their regulations to stop other women from entering the profession in this way. With support and financial backing from her father, Elizabeth opened up her own medical practice in London. As all doctors now had to belong to a College to be recognised as a professional, the Colleges of Surgeons, Physicians or Apothecaries had to decide whether to accept Elizabeth as a qualified doctor. They refused-so Elizabeth took the College of Apothecaries to court to force them to accept her. In 1876 a new law was passed opening all medical qualifications to women.

Women were now allowed to train and qualify as doctors, however, progress was slow. The first real increase in the number of women doctors came when there was a sudden demand for more doctors during the First World War.
Posted by TammiMagee at 11:09

Thank you for this great post. It's very useful for my upcoming revision!