If only Galen could see this! 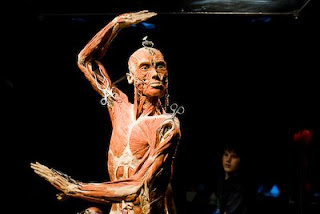 The infamous and yet engrossing exhibition designed by German anatomist Gunther Von Hagens, has come back to the UK. The exhibition sees the return of examples of Hagen's work, which includes specimens of human organs and human bodies that have been through the process of Plastination. The human bodies on display, which were once living and breathing people, have been preserved using the special technique in order for curious folk to see how the human anatomy works. The 'articles' on display are incredibly real looking with muscles and facial features still intact-you can even see veins and arteries!
Swanwick Hall's GCSE History students will be well aware of the famous anatomist Claudius Galen, who's ideas about the human body were followed almost religiously for around 1500 years. The only problem with that was Galen had been wrong about most of his findings-mainly because he dissected animals as dissecting humans was prohibited by the Church in the 2nd century. If only Galen could see Hagen's exhibit! 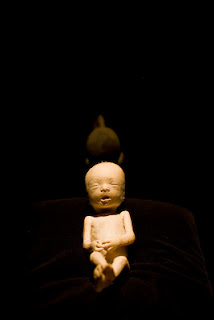 I saw this exhibition when it came to Boston. It kind of freaked me out to think that I was looking at real people.

I'd love to see it-looks scary but fun! Thanks for the comment