Get on Your Bike! 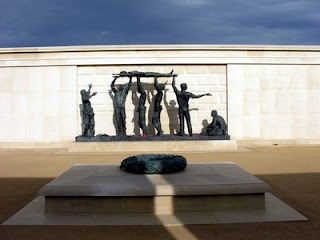 The Nene Valley Harley Owners Group are hosting the first ever 'Ride To The Wall' bike ride to The National Memorial Arboretum in Alrewas, near Burton upon Trent in Staffordshire. The event will take place on Saturday 11th October to remember all the troops that have died on duty since the Second World War. It has been estimated that over 800 bikers have signed up for the event, so it should be a grand sight! I have been to the arboretum many times, as it is just down the road from where I live, and it is a humbling place to visit-I definitely recommend it. I will be going down to the arboretum early as the biker parade is due to reach its destination at around 10am. Look out for pictures on Histatic!
Posted by TammiMagee at 11:43