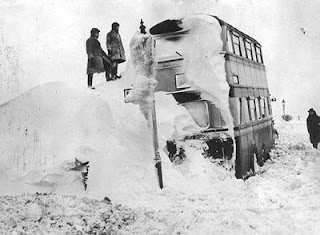 Having been given the day off school because of the harsh snowy conditions, I thought I would try to find the last really bad case of snow in this country-alas, it was the winter of 1947 (there was a particularly harsh winter in 1963 too).
For about 2 months, from January 1947 to March 1947, snow fell somewhere everyday in the UK. In some areas the amount of snowfall measured 150cm deep, many areas saw snowdrifts of more than 5m deep blocking the roads and railways, and in a few places supplies had to be flown in by helicopter because people were cut off completely! Take a look at some snaps from 1947: 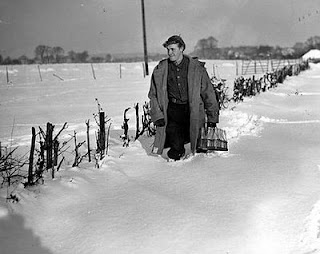 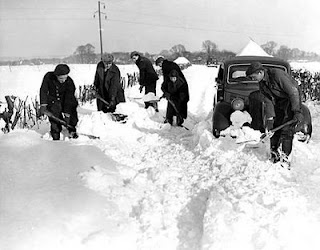 Hopefully things will not get as bad this time in what some people are calling the 'Big Freeze'.

My Dickensian back yard! Love it!

Let me know how you're spending your snowy day!
Posted by TammiMagee at 00:52

Well, at least here in Montreal we're getting a break from the snow today...so for me that's actually a change of pace! Hey, what will I do with all this sunshine? Enjoy the snow!

ha! You must think us Brits are a right bunch of moaners-we hardly ever see snow on this current scale and it seems the whole country is reduced to a stand still! lol!