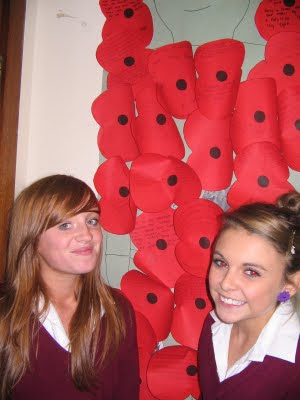 As part of Great Wyrley History department's Remembrance Day activities, two of my year 9 groups took part in making a 'Poppy Man'. 9Asia and 9Pare were asked to write on a poppy why it was important to remember people who have fought for Britain and think of those people who are still fighting for Britain. I was really impressed with the responses from both groups-so I would like to say a big well done to those students! Pictured with the Poppy Man above are two of the students who contributed: Georgia and Kalyca! 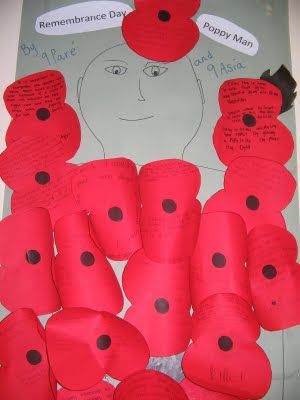 Here is the top part of the poppy man-I couldn't fit him all on as he is quite tall! He is covered from top to toe with poppies carrying remembrance messages. At the minute he is in the foyer of the school for Remembrance Day tomorrow!
Also I visited the National Memorial Arboretum in Alrewas, Staffordshire on Remembrance Sunday to pay my respects. Below are just a few of the poppy wreaths that were left in remembrance of our brave heroes. 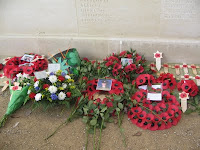 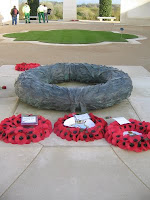 I bought some poppies but that was all that I did, unfortunately.

Thanks very much Viola! You're too kind. Buying Poppies is a great contribution!

What a great idea. So nice to see real history brought to life for kids.

Hi, it's a very great blog.
I could tell how much efforts you've taken on it.
Keep doing!